The Game(s) of Geeks 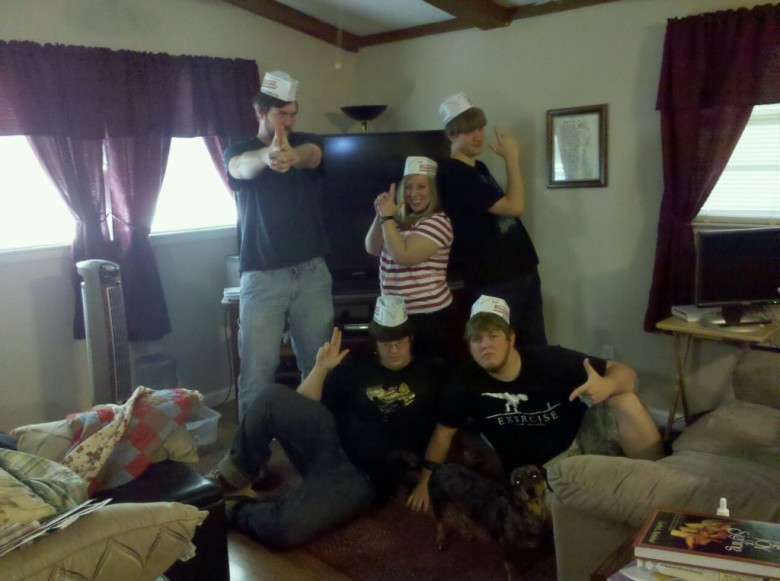 As a self-proclaimed Christian geek, technology is not the only part of the geek label. As a matter of fact, the technology aspect is more of a side-effect of my true interest: Gaming. I enjoy playing all sorts of games: video games, mind games (kidding!), card games, board games, table-top games, pen and paper games, etc. And I know that there are a LOT of games that I haven’t had a chance to try, and some that when I do play, I just don’t grokk them. But I’m not afraid to try new games to see what they’re like. The hardest part is the expense in buying a game just to try it.

That said, this post is really intended to discuss one of my favorite games that I currently play: Dungeons and Dragons.

Now I know that this game has had a lot of bad press (warning, large image) in its day. The negative imagery most people have ranges from ‘A game only for pimply-faced mouth-breathing 12 year olds’ to it being ‘Intro to Satanism and Witchcraft 101.’ Or, even more outrageous of a claim: it’s the cause of murders and suicides world-wide.

In truth, there are several well known people that play. I’m not saying that they are model citizens, but they seem to be somewhat well adjusted and they are definitely not pimply-faced mouth-breathing 12 year olds.

As for the Intro to Satanism and murder-suicide bit, well, it is what you make of it.

The game is of the pen and paper variety, meaning that it requires a pen and paper to play. (Or for those who like the tech advancements, you can use a computer as well.) These games reside primarily in the imagination and use paper to keep track of the rules and statuses of the characters and dice to help add a sense of danger for the character. They are played cooperatively against the imaginary world the Game Master has created (sometimes with the help of the players.)

Ultimately, however, if you boil the game down to its core mechanic it’s this: rolling a specific die to see if your random number plus bonuses are better than a predetermined target number. I know it sounds terribly boring, and it can be with the wrong mix of players. The fun comes in when you’re gathered around a table with friends who are working together to weave an intricate story that’s less about magic and fighting, and more about the interactions between characters from far-off worlds and civilizations.

Think of the game as Cops and Robbers or Cowboys and Indians (I suppose the PC way of putting that would be Cowboys and Native Americans) with rules to determine exactly who gets shot at a stand-off.

Since these games are limited only to the players imaginations, which would affect the players’ descriptions of their characters’ actions, they can become either extremely dark and gory or light and funny. They don’t inherently demand worship of any god or demon, nor do they have any magic in them beyond mild descriptions such as “Bolts of light leap from my character’s fingertips as he casts Magic Missile.” Also I really have never found anything in it that would cause me to become homicidal. However, I suppose that anything can be made into a religion. And people can find anything to kill and die over.

If you are looking to play any of these types of games, I’d highly recommend sitting in and watching to make sure that they mesh with your desired play style before actually joining in. That way, if they take it a little too seriously, you can bail without any hurt feelings on either side. But don’t give up on the game just because the group you found doesn’t fit. All those words above this are basically trying to explain that the game varies wildly from one group to another and that the group itself is what makes the difference between an enjoyable experience, and something akin to fingernails on a chalkboard.

The group I GM for is composed of Christian men. (And one lady, if she ever got around to joining us.) We get together once or twice a month to goof off and act silly while I attempt to provide some semblance of story telling. It’s great fellowship and we’ve grown closer since we’ve started.

I am a Christian foremost. I am a geek second. I’m also a certified Dungeon Master. I look forward to telling you about some of our adventures soon!

Prayer For Boldness God Is My Constant