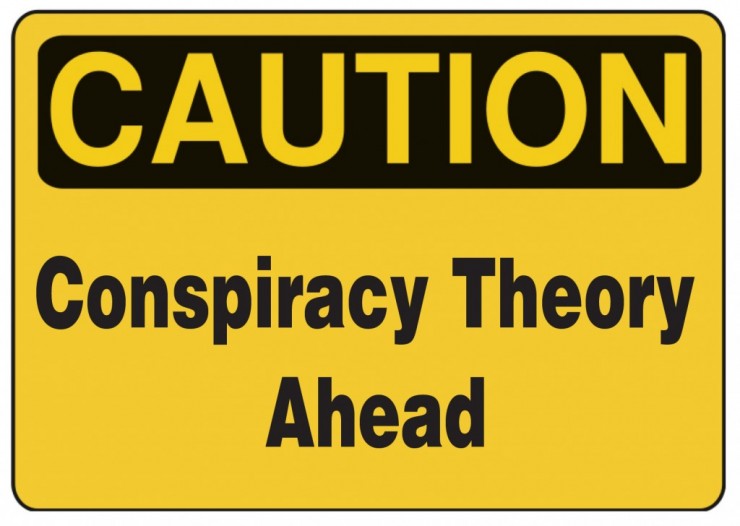 Conspiracy theories abound in this world.

Even sitcoms have their own conspiracy theories:

Some of these conspiracy theories border on the absurd and I’m astonished that anyone believes them. I do, however, know of one that is deeply woven into our culture, is 100% true, and no one of the world wants to believe it.

You see, the truth is that there is an enemy that is doing everything he can to keep you believing the lie.

There is also a collection of writings that details this conspiracy. These writings are freely available to the world, but few read it — passing it off as the ramblings of a madman or two, or letting someone else tell them what it says.

By now I’m sure you know what I’m talking about. It’s a somewhat silly concept, but if you think about it, it’s a fairly accurate portrayal of our current situation.

Satan’s sole desire is to do anything he can to lead you astray. If keeping you from believing in God isn’t working, he’ll convince you that merely belief, good works, a good feeling, or any religion is all you need. There are a thousand lies and half truths that he tells to make certain we do not follow God.

However, as I mentioned before, we have a collection of documents that shows us the Truth. (John 14:6) It was inspired (breathed to us) by the Divine Creator (2 Timothy 3:16) to men of faith who wrote in the form of letters and historical accounts. These documents were collected over time and formed into what we now know of as the Bible.

The Bible took over 2000 years and 40 different men to write, and yet contains no discrepancies that can’t be easily explained. (For more information, see Apologetics Press Alleged Discrepancies.) It truly is an amazing product of God’s providence and ability to work among men with or without miraculous intervention.

The world of conspiracy has a few constants. No matter which conspiracy you’re looking at, you’ll find you have the same roles filled:

I’m sure you can draw the parallels yourself.

What I’d like for us to watch out for is becoming an unwitting Pawn. The Bible warns time after time of false teachers. Wolves wearing sheep’s skin. The scary part is that unless we test the teachings of others against the Scriptures, we can end up working for the very people we thought we were fighting against.

That’s right, we are in a fight. Despite what TV and movies want you to believe, the fight is not for control of the world, God has already won that fight. Instead it’s more insidious, this fight determines the destination of our souls. You’re fighting a Mastermind determined to steal you from God, half-truths, and cover-ups and it will all ultimately lead to peace or destruction.

The Truth is out there Mulder.

Are you determined enough to find it?